Staff Our Pastor and Deacons

Pastor George Sledd attended the University of Kentucky and graduated with a bachelor’s degree from Lexington Baptist College in 1977.  Pastor Sledd has also obtained his Master of Divinity from the Atlantic Coast College and Seminary of Daytona Beach. The Pastor recently completed his studies and obtained the Doctor of Divinity degree from Master’s International School of Divinity. He married his wife Pam in 1976 and moved to Florida in 1980. He has three children: Andrea, Timothy and Daniel; and five grandchildren: Austin, Lauren, Ean, David and Hannah. He has been pastor of Jordan Baptist since 1990 and treasurer and an Executive Director of Baptist Faith Missions since 1995. In his spare time, he enjoys golf and reading. 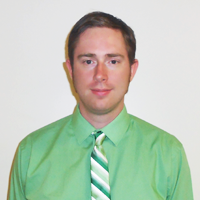 John is a web developer by trade as well as a deacon at our church. He graduated Salutatorian from Liberty Christian School in 2000 and went into information technology. He pursued an interest in music and became a semi-professional musician, but gave up hopes of a music career in 2007 to focus on family, church and technology. John’s interests include politics, science & art. In his spare time, he enjoys model railroading, chess & playing guitar. 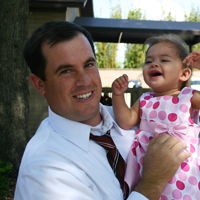 Joel is a deacon and usher at our church. He has pursued his craft as a sign maker from an early age and is now the proprietor of White Sign Company in Sanford. He met his wife Celyn at Jordan Baptist and now has a beautiful family with three baby girls: Izzy, Abigail and Ava. Joel is always hard at work and in his spare time enjoys fishing, Bible study and time with his family.